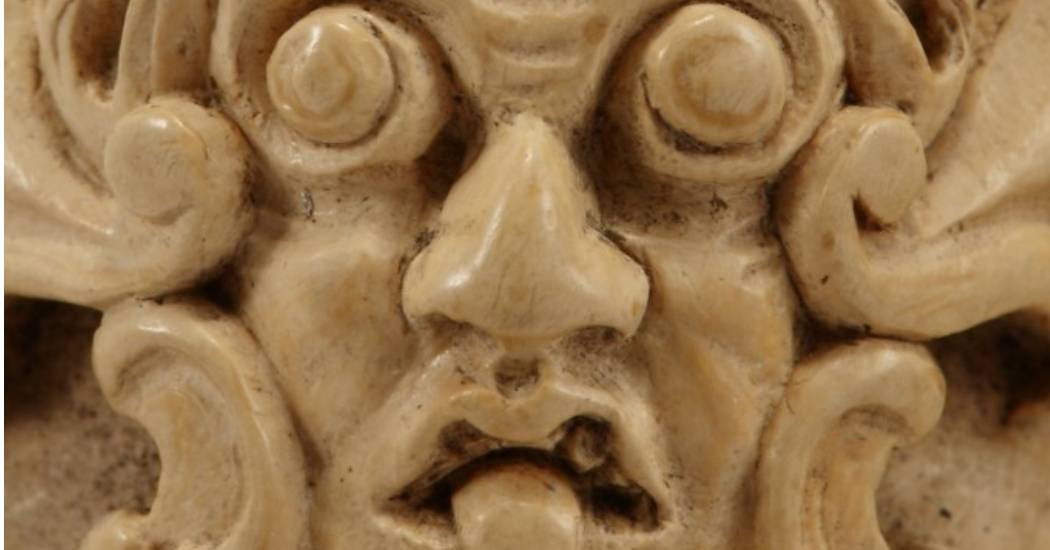 The arrival of Spring, after winter, is celebrated in all cultures. For the Romans, the goddess of Earth's fertility was Maia. Hence the name of the month of May. It is a time for nature's renewal, bud-bursting, flowers, and the betrothal of lovers. The favourable development of the abundant fruit, fertility, and child blessing swayed by the ordinances and spells of the pagan peoples. This was accompanied by the cult of the green branch, the tradition of the Maypole.  The Christian Church sought to give these celebrations new Christian content. May Day was celebrated as the feast day of the Apostles Philip and James, as well as that of St.Walburga. Walburga or Walpurgis was an Anglo-Saxon princess who became a Benedictine abbess (+779) and participated in the conversion of the Germans. She was venerated in medieval Hungary and the church of Veszprémfajsz and the Transylvanian church of Nagydisznód (Cisnădie, Heltau, Hielt in Romania) were dedicated to her. Regardless of the nun, the first day of May in the German popular belief was tied to the time of the mysterious, largest meeting of witches.

On Walpurgis Night, the eve of May 1st, was notorious as the time when witches gathered. To this Mephistopheles took Faust, who was searching for the meaning of life, to show him the devilish, sensual realm of Satan. The scientist's contract with the devil became well-known in European literature, both from the popular books and from the play written by Christopher Marlow in the 16th century. There was also a great interest in the Faust theme in the first part of the 19th century following Goethe's high-impact dramatic poem, which he has been working on since the 1770s. The first part of Goethe’s Faust was published in 1808. He began the second part in 1824, but the whole work was not published until 1832, after his death. His work inspired works of literature, music and fine art. The Pipe Collection of the Hungarian National Museum preserves a special masterpiece, a pipe that has an inscription giving the exact subject and source of its imagery: Faust (I),  the 25th picture - the Walpurgis Night. 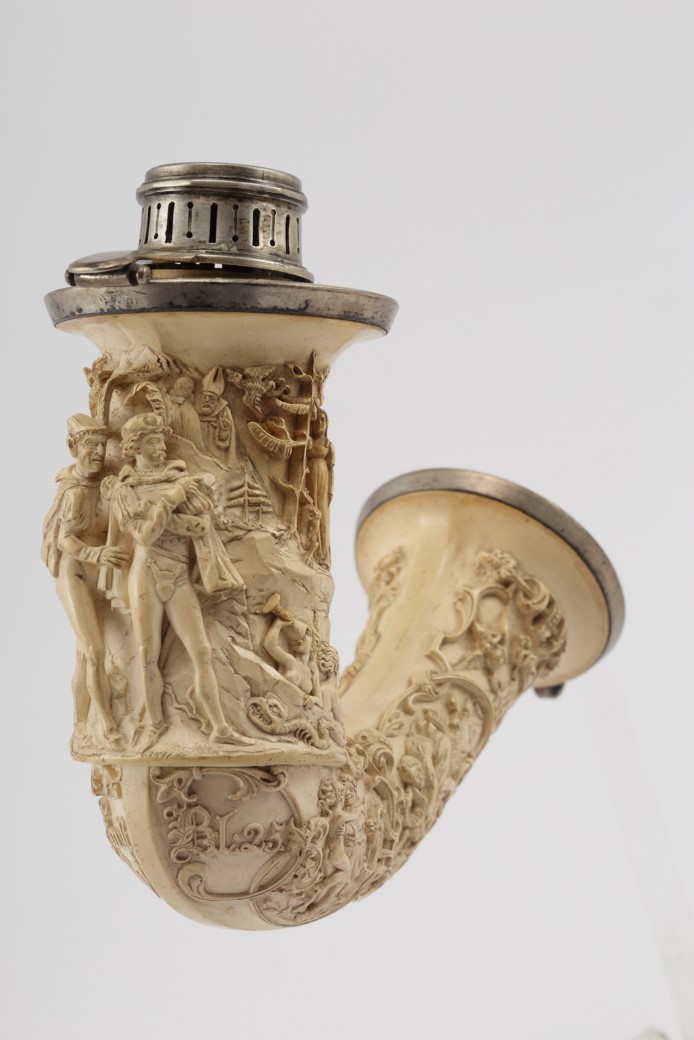 Front scene – the figures of Faust and Mephistopheles, carved in high relief on a narrow rim, in the midst of the rocky landscape. On the lower part of the rim is the inscription: J. JUNGE. There are figurative scenes between the ornaments on the bottom and the neck of the pipe. On two sides, three larger scenes.

The scene takes place in the Harz Mountains around Schierke and Elend. The main characters are Faust and Mephistopheles. The pipe engraver’s fantasy unravelled with great pleasure the details of the subject in an individual way. The figures include male and female witches flying on a stinky goat, broomstick, pig or owl, as well as poi­son-makers, hypocrites, false priests, harlots and others.

Sidon Noltze was one of the most important meerschaum pipe makers and distributors in Vienna and his work was very popular with Hungarian customers. The latter included the prominent noble Széchenyi family. His pipes are marked at the shank end with the Latin letter N pressed in a circular frame, near the opening for the stem. Such marked pipes have been known since the 1830s, and their silver mountings all have Vienna’s hallmark stamps and the hallmarks of various silversmiths. An address can be read on the stamped, gilt signature in a pipe case in the museum collection: ‘Sidon Noltze Wien Am Laurenzerberg 709’, probably that of his  workshop. He lived in Vienna at Siegelgasse 1., in the famous Spiegelmacherhaus, when he died at 10th of October. A lot of Noltze pipes are decorated with a crowned coat of arms and a monogram. The pipes with four family crests were presented to each other by whist players at the Vienna Casino. Outstanding works of art in all genres have come out of his workshop, and the National Museum holds several beautiful pieces of them. There are mythological themes, historical depictions, conversation pieces or contemporary events, such as horse racing that has become popular in the era.

It is possible to read more about Sidon Noltze’s meerschaum masterpieces, the Hungarian National Museum's collection of pipes, and to admire the photographs of András Dabasi  in the book written by and here.